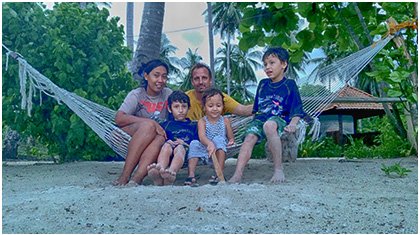 Ayuhotel is a nice small hotel in a convenient location.

In fact, our intention is to provide our guests a warm family feeling and the experience we would like to have in a place we visit on our own.

We are Marco from Germany, Eryl from Blora/ Indonesia and our four kids Farell, Keon, Noah and the "little princess" Keyla. We speak Bahasa Indonesia, Bahasa Java, fluent English and German and do our best to make your stay at Ayu Hotel Karimunjawa nice and relaxing.

Our Family House, were the six of us live by ourselves, is the main object on the 1500 square meter area and is based on the German Bauhaus Design principles and inspired by the modern Avantgarde-Architektur from the 1920s. Currently, we do have eleven guests rooms, including seven Bungalows and two Family Rooms, all with a nice decor, air condition, hot water shower, and of course, clean and comfortable.

Also, Ayu Hotel Karimunjawa has a lot of Javanese influence, as you can see at the more than 100 year old “Joglo” building, which is right at the entrance to Ayu Hotel. And you will find lots of wonderful Javanese Art in our location, starting from little sculptors up to old oil paintings from renowned Indonesian artists.

The word "Ayu" is taken from the old Javanese language. And the meaning is something like “natural beauty”. We believe that we created a natural beauty with Ayu Hotel, and we would be happy to welcome you and stay with us a couple of days.

We have the pleasure of hosting a majority of western tourists at Ayuhotel. Even though Indonesia is a country with  a Muslim majority, this will most likely not have much impact during your holiday in Karimunjawa.

As everywhere in Jawa there are also several Mosques in Karimunjawa. One Mosque is also nearby, around 250 m from Ayu Hotel. The call to prayer happens multiple times per day and may also feel loud from time to time to sensitive ears. That is simply part of the culture here! In our experience most guests are really happy with their stay at Ayuhotel and do not mind the mosque and prayers much. That being said, you should consider bringing some good quality earplugs for your travel all around Indonesia ;-).

Anyway, you can dress the way you like. Not a problem! You can even wear a Bikini on a Karimunjawa Beach. All fine! And last not least, you can buy an ice-cold “Bintang- Beer” straight at our neighbor! And someone said it was the cheapest they found in Indonesia.

We are always happy to help you in any way and make your stay as enjoyable as possible.

In March 2020, when the COVID- 19 pandemic, hit the world hard, we from Ayu Hotel asked our Friends and Guests from the past, to help people without income and in the need to survive, to Fundraise a small project, with the target of reaching the amount of $2000, and the goal to buy rice and help 20 families in Karimunjawa, to survive for 5 months.

We want to thank you, the people that supported this project. We will never forget what you did to help us and especially what you did with your support for people around us in need, in this difficult time!

The Karimun Jawa Island is a archipelago with 27 islands. It is also a National Park with 110,000 ha and the location is 90 km north east of Jepara in Central Java.

It is known for its exciting range of flora and fauna above and below the water, diving sites, and sandy beaches.

You can find many attractions, such as sun bathing, swimming, snorkeling, canoeing, hiking, camping, bird watching, trekking through a mangrove forest and also fishing.

And you can find some good beaches around and the next nice sandy beach from Ayu Hotel is about 10min walking distance, called "Pancuran Beach". Here you can enjoy and relax and do some swimming, sunbathing, or snorkeling.

The city, which is in close walking distance to Ayu Hotel, has a lot of places that will offer you a variety of food. At Alun- Alun you will find the best BBQ-fish that you have eaten in your entire life for a very affordable price, as well. On the market you will always find fresh fruits and many other things.

There is also a tiny bit of nightlife and at least on most weekends you will find a relaxed party at Pancuran Beach.

In the ocean is an amazing variety of around 200 different species of corals and many fish, which is why Karimunjawa is also a National Marine Park  or Marine Protected Area (MPA).

The beauty of the underwater life of Karimunjawa, undoubtedly stunning, with various coral reefs and diverse fish species that live in it, is best discovered by Scuba diving or a Snorkelling Tour (that you can book at Ayu Hotel). At least there are 12 diving spot, among others are Milym Reef in Menjangan Kecil Island, Indonor Wreck in Batu Lawang, Ezdir Reef in Cemara Besar Island, and Antonys Point in Tengah Island.

It is also possible to visit some of the 27 islands by boat and find amazing beaches and beautiful nature.

Always remember that you are about to enter a National Marine Park which has several rules that must be followed, to save the environment. Respect the Nature and help save the Karimunjawa National Park.

A bit about the history of the name ‘Karimunjawa’

Following the local believe, Karimunjawa was originally settled by "Sunan Nyamplungan", the son of "Sunan Muria", one of the Muslim Saints (Sunan) who introduced Islam to Java and was the leader of Wali Songo (Islam Religion in Java) .

It was his father, "Sunan Muria" who gave command to "Amir Hasan" to go to one of the islands which could be seen from the top of the Muria Mountain (near Jepara).

The islands always seen blurred and they said kremun- kremun ( means blurred ). Or to be more precise, kremun – kremun saking tanah jawi or blurred islands which can be seen from Java.

After a very long journey crossing the seas (sailing from Jepara to Karimunjawa can take up to 25 days!) they finally arrived at the island and named it ‘Karimunjawa’.

Amir Hasan  brought with him 2 things to Karimunjawa. That was 2 seeds. One was ‘nyamplung’ (Calophyllum inophyllum ), which besides being a popular ornamental plant, produces hard and strong wood and has been used centuries in construction or boat building. The other seed was of the plant called ’Mustaka’, which is also known as ’Cyperus rotundus’ and is used for treatment of numerous illnesses.

Amir Hasan, who is known until today as “Sunan Nyamplungan” never left the island until he died.

Also near this location is a little “waterfall” and the locals believe, if you take a bath there all your wishes will become true !

It is also believed that “Sunan Nyamplungan“, from time to time, at dark nights, appears as giant bat (flying dog) at the skies over Karimunjawa and keep people in Karimunjawa save from evil intruders and ghosts. 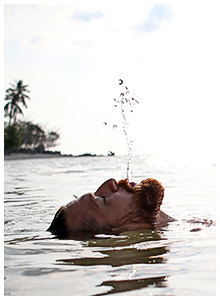 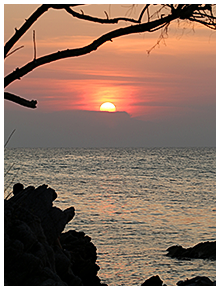 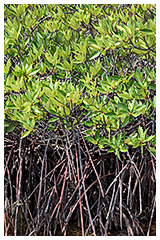 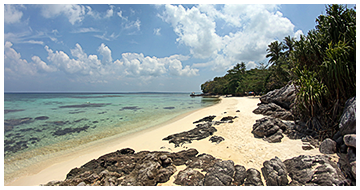 We are currently  No. 1 on TRIPADVISOR and have by far the highest TripAdvisor Traveller Rating of any place in Karimunjawa. See here...

From BOOKING.COM we just received another Guest Review Award with an incredible score of 9.4/10 !  They say:

"Congratulations! Guests clearly love what you do and have recognised you for providing a best guest experience."

We want to especially thank our guest that mentioned Ayuhotel in their blogs..

...Our guests Kathi and Romeo

.also there is a nice entry in Robert's blog

"Where Jac stayed in Karimunjawa…"

"Karimunjawa Islands, one of the best islands in Indonesia"

"Ayu Hotel certainly wins our tick for hospitality and charm..." 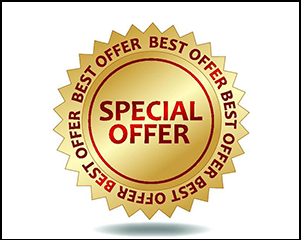 Come and enjoy a perfect time in Karimunjawa. And the Best Thing...

At Ayu Hotel, you are able to get the best deals and special value with "direct booking" !!!!